You have just finished your latest App, countless late nights and tough weekends have finally paid off. So, how do you make your App appealing to the widest possible audience, and ensure that you get the maximum possible downloads and revenue? Does localizing or translating your iOS App make that much of a difference? 80% of your market speaks English, right?

At Tethras we are often asked what languages should I localize my App into, hopefully the following data will help to demystify foreign language App download markets. 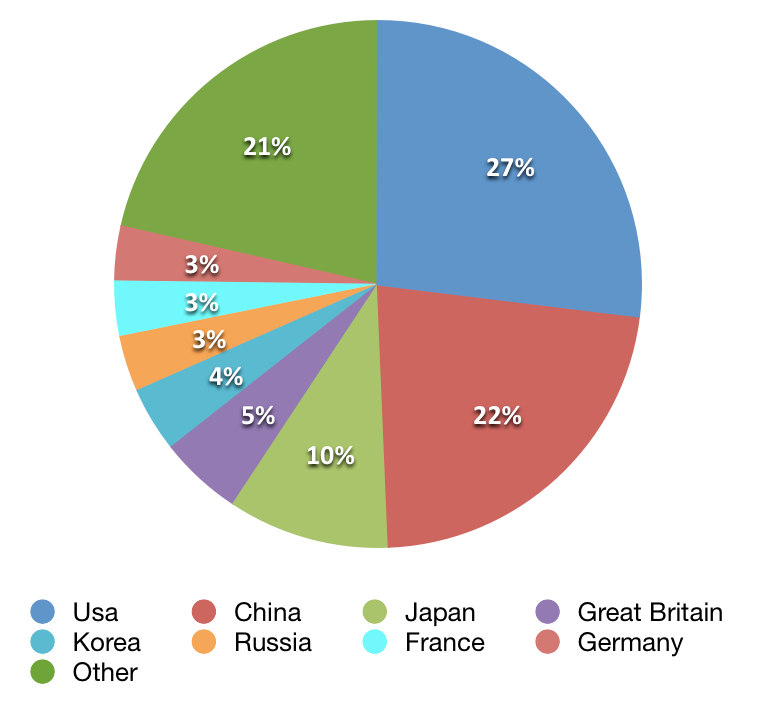 The results show the US market as 27% of total downloads, closely followed by China at 22%. Translating your iOS App will help to significantly increase your potential market above the combined UK and US market of 32%.

Analyzing the data based on language rather than region will enable us to better choose which language markets need to be addressed in maximizing the market reach of your App. By using population data on the languages spoken by each region we get a language split as shown below.

With native English speakers making up 35% of your total addressable market, publishing your App in the US, UK, and Australian stores is still your easiest route to high download numbers. Translation of your iOS App into an additional 3 languages, Chinese, Japanese and Spanish - immediately doubles your market reach. Adding French, German and Russian will bring your total market reach to a healthy 85%.

There are obviously other factors involved in your decision, on which languages to localize your App into. China has a large slice of the total App downloads, but it also has a tendency to download a higher proportion of free Apps versus paid Apps. So if you are hoping to transact an in-app purchase to a native Chinese speaker, you really should consider making that purchase process as easy as possible for you customer.

Localized Apps appeal to a significantly wider audience. By localizing your iOS App into only 6 languages, you can make your App appealing to 85% of the total iOS App market.