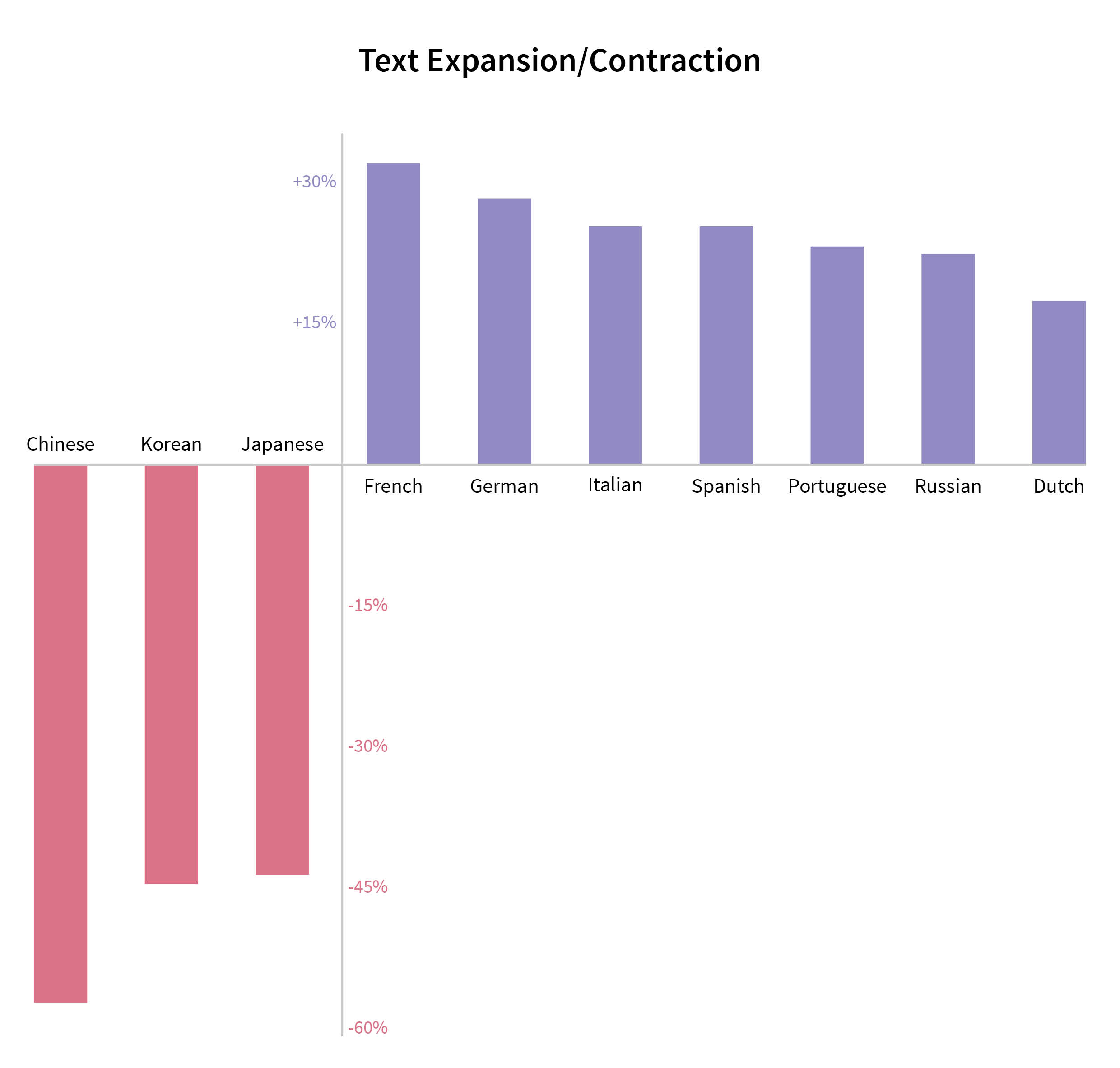 Results for expansion and contraction of text in different languages are displayed above, with maximum expansion of 33% for French and contraction for all three of the Asian languages. By concentrating our analysis on .strings, we have focused on UI text rather than verbose marketing text, or help stacks.

As can be seen from the data above, it is worth building a version of your app with 30% expansion and 30%-40% contraction to test the effects on your UI. Although iOS, Android and Windows Phone 8 apps, all handle expansion and contraction in different ways, creating sample builds with expanded and contracted text is the best way of checking your layout prior to full localization.

Check out Video 4 on how to Pseudo localize your app for text expansion.